How to create Mobile App UI design for Visually Impaired

The number of visually impaired persons in the record is in a million, and there must be more out of records. Now the world is under the vivid benefit of Mobile App UI design. So, visually impaired people should get such user-friendly gadgets as well. Ronald L. Mace (a well-educated and well-known architect) brought a concept of ‘Universal Design.’ The idea is under the attention of all fields of this era. This idea says that every people whether they have physical irregularity, visual impairment, or other deficiencies, should get accessibility of any design. The Universal Design phrase is close to some words like simple, equitable, intuitive, and flexible. In the digital world, the term means usability and accessibility.

The experts of the digital fields have made some attempts to make good software for visually impaired people. Some of the shots have been appreciated as well. After the arrival of the new technologies, accessibility has enriched a lot. Many authors have described the assistive technology of web surfing in the past. Speech recognition, screen reader, and magnification software developed decades ago. The computer-based software has solved many works of people with low vision.
In this era, experts have pointed out that the use of mobile is a lot more than the use of a computer or laptop.

So, experts should develop perfect mobile apps in more numbers. Now, the mobile apps for general use are adequate in the market. People are achieving their goals easily through mobile apps. The concern is to design specific apps that enhance the usability of visually impaired people. The article focuses on developing techniques that build up the best mobile apps for persons with low or less vision.

The world of technology has faced a radical transformation after the arrival of smart gadgets. For example, the I-phone, Ipad and smartphones kinds of devices have changed individual interaction thoroughly. The touch screen provides direct control of many programs, and people like this direct attachment. On the other side, people with disabilities are not getting such help. Standard apps are not appropriate for the use of unsighted people.

First of all, there is no argument about a different way of designing mobile apps for sighted users and unsighted users. The technology is entirely different. So, the question is, what is the practice of creating the right tool for visually impaired users? A mobile app portal for low vision is a tool that increases the usability and accessibility of unsighted users. The portal is based on the touch screen phones like I-phone, I-Pad, and other smartphones.

Topic & Characteristics
There are many mobile applications designed for low-vision users available at the app store. Are these apps off the app store good or app portal is a better choice? This question is the concerned topic of the article.

Many authors have explained the benefits of assistive technology in web surfing. Many have explained the portal and the app differently. Yet, the question portal or app of app store what is better and why is still away from acute research. The article’s responsibility is to find the key answers to the focused question and develop some simple explanations for digital experts. It would help the app developers to understand the need, and then they can make the right app and spread it properly.

The most common reasons for mobile using are calls, SMS, Contacts, Notes, and Alarms. The portal has a simple approach of connecting users with the required actions easily.

Users can find their needed action buttons on the screen. Every button has simple signs of identification. Icon, size, brightness, color, screen background is easy to customize. People with low vision shall add or remove any button of their background. For example, if a person needs an alarm in the background, they shall add the button on the desktop background. The actions are stated on the screen simply. There is no complicated design. The portal is easy to avail of from the Apple Store. The portal focuses on gathering needed apps simply for visually impaired persons.

The portal is made by following these two tactics. Another vital action of the portal is the Voice-Over feature. Voice Over is the best feature that makes the use of a low vision user very easy. The person can tap on the sign and use the feature. It helps the users in web searches mainly.

There are many apps for low-vision users at the app store. Anybody that wants to develop such an app must remind the focus of the portal. The portal says simplicity and impact. Must find the app quickly, and the actions must fulfill the primary requirements. In developing such apps, developers have to find correct control types for visually impaired users. 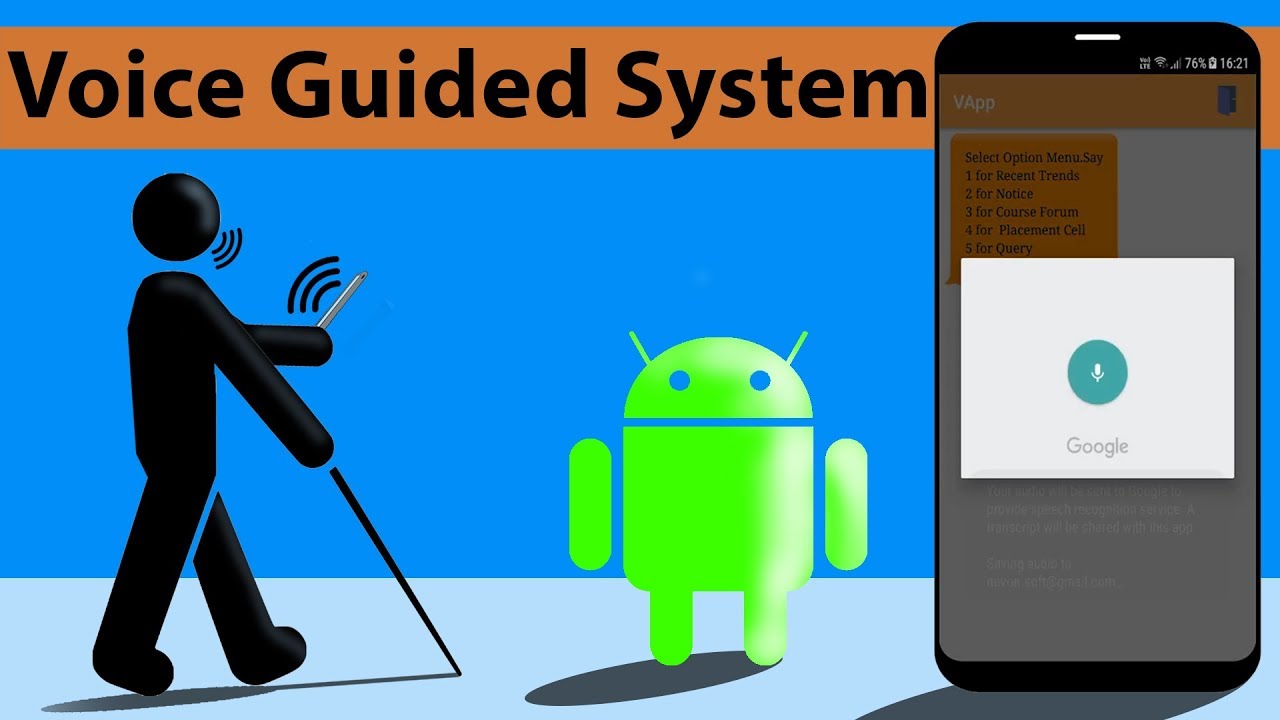 Whether good or the best, an individual application is very tough to avail for visually impaired users. As there are arrays of mobile applications at the app store, therefore, a person with low vision can’t find the little pearl from the sea. It means the person needs the help of others. Portal is the weapon that gathers the required applications like calls, contacts, SMS, notes, Alarms, and others. Along with it, users can customize their apps. The portal supports third-party apps as well. So creating a portal is a better option for visually impaired users.

The focus of the article was to find the critical answers to the portal or mobile app. What is a better choice for visually impaired users? Creating perfect mobile applications is always needed, but in reality, the apps are tough to find. If any person with low vision wants to avail their requirement without any other’s help, then an app portal is the best. Portal collects and arranges every mobile application that one required.

Along with it, a simple approach and customization feature helps the users to set their mobile as they need. In the modern digital world, lots of technologies are available. So, according to Ronald L. Mace, using technology for keeping equity in using any creation by overreaching age and disabilities is a sign of civilization.